Polska 1 – the only such place in Poland

The Marine Station in Gdynia is celebrating its 81st birthday in a unique atmosphere. Soon – at the turn of May and June of 2015 – the Emigration Museum in Gdynia, which resides here, will be opened to visitors. All the construction and renovation works that restored the edifice to its former glory have been concluded and so have adapted the building to its new role of a modern cultural institution. Presently, the Emigration Museum staff – who had been working at a temporary office in Al. Marszałka Piłsudskiego – is moving to the new headquarters.

On December 8, 1933, when the opening ceremony of the Marine Station in Gdynia took place, no one had a shadow of doubt that it was a historical moment.After enduring many years of infrastructure problems, the port of Gdynia gained a lively gate to the world and one of the most beautiful landmarks one could imagine. It was high time. The dynamically developing port of Gdynia and continuously increasing passenger traffic both required a true passenger terminal. From the first ever ocean liner visit to Gdynia in August of 1923 – the French steam ship "Kentucky" – until the end of the 20s, the passenger traffic in Gdynia amounted to 24 thousand people per year.It was soon concluded that the temporal emigration terminal needed to be replaced with a building of appropriate logistical background – a purposeful, yet representative one. After a mere 12 months from the approval of the blueprints, on December 8, 1933, the building located between French Quay and Dutch Quay – right at the heart of the port of Gdynia – was publicly unveiled.

The Marine Station perfectly blended its style with the city's modernist architecture, but this wasn't its only strength. The three-storied edifice allowed for quick and comfortable service for thousands of passengers, who had at their disposal a modern and well organized infrastructure. A particularly characteristic building was erected right behind the Marine Station – the Transit Warehouse, the former Check-In Hall. This building, once important for the flow of emigration traffic, will serve a role of key importance yet again: it will become the home of the Emigration Museum's permanent exhibition.Temporary exhibitions will also be presented here.

The interwar emigration infrastructure of Gdynia encompassed several buildings located in fairly distant parts of the city. The quarantine hospital in Babie Doły came into use specifically with passengers in mind. They could also take care of all their formal issues at the Emigration Camp situated in the Grabówek district. Both institutions had perfect communication with the Station – the emigrants' camp thanks to a direct railway connection, and the hospital by means of the "Samarytanka" boat – the first nautical unit built from scratch by the Gdynia Shipyard.

The building itself was not only functional – right from the start, an effort was made for it to blend well with the modernist architecture of the city.The intricate façade of the building was decorated with two bas-reliefs of Polish eagles.They were destroyed by the Germans in 1939, but January 2014 saw their return to the façade of the renovated edifice – restored from archive photographs with considerable effort.

The building could be accessed through the main entrance facing the city, or through the side entrances connected to railway ramps. The interior of the Station was carefully thought out.A stairway to upper levels was situated opposite the entrance. A post office was on the left side – now designated for a coffee shop, and a railway baggage pickup on the right, which is now going to house the museum gift shop.In the 30s, this was always the busiest spot– many passengers arrived to the Marine Station by train.After collecting their luggage, passengers could post a message about their arrival, go to the city, or complete embarkation formalities on the upper floor.

The inner hall always remained bright, owing to the quadrangular dome which incorporated a skylight. Thanks to the reinforced concrete construction of its roof, the Marine Station endured even the heavy bomb raid that destroyed the Northern part of the building. The hallway had to be reinforced with columns, which moderately disfigured the interior. Those were removed in 2013, during the construction works that restored the original look of the inside.

The first floor housed the emigration inspectorate. The customs Office was situated on the left (looking from the main entrance) – probably the most important office in the building. On the right side, one could check in baggage for a ship or train, depending on the destination. Rooms formerly occupied by customs officers will now serve as a cinema hall – both for regular visitors and for the purposes of multiple cultural events.

The last floor accommodated two restaurants, where passengers could rest, eat something, or await the departure or arrival of relatives in relative peace and quiet. After the opening of the Museum in 2015, this floor will remain a restaurant – it is also where visitors will be able to enjoy a view of the sea.

In the 1930s, the everyday life of the Station did not end with passenger service and control – it was a vital and integral part of Gdynia's cultural landscape. New Year's Eve celebrations were organized here, meetings of local associations, political rallies, sports competitions. It is also the ambition of the Emigration Museum to attract the citizens of Gdynia and people from all over Poland not only with its collection, but also with its rich cultural, educational, and entertainment offer.

The memory of the beautiful ocean liners is now maintained by the presence of cruisers mooring on the French Quay. The unique, industrial portside ambience is now much more welcoming for pedestrians and bikers alike. It remained closed for many years, but now – thanks to this ongoing revitalization – the citizens of Gdynia may discover it anew.

In six months, under the symbolic address of Polska Street 1, the only Emigration Museum in the country will open its doors here .

this is a little vague for me.Could we replace it with "formalities" or "legal matters"? 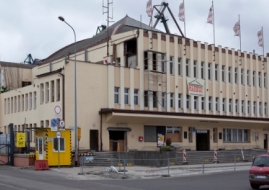 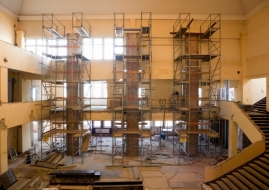 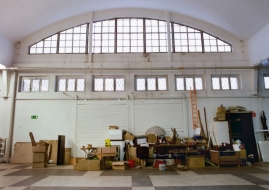 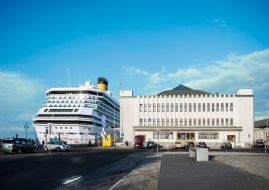 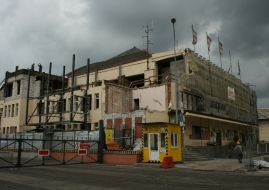 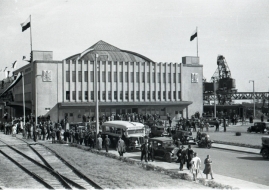 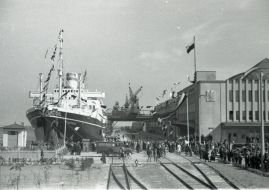 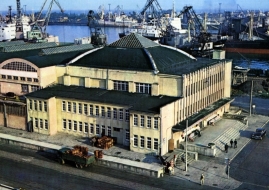 84th birthday of the Maritime Station in Gdynia!

Concert by Dorota Miśkiewicz and her band

The 82nd Birthday of the Marine Station