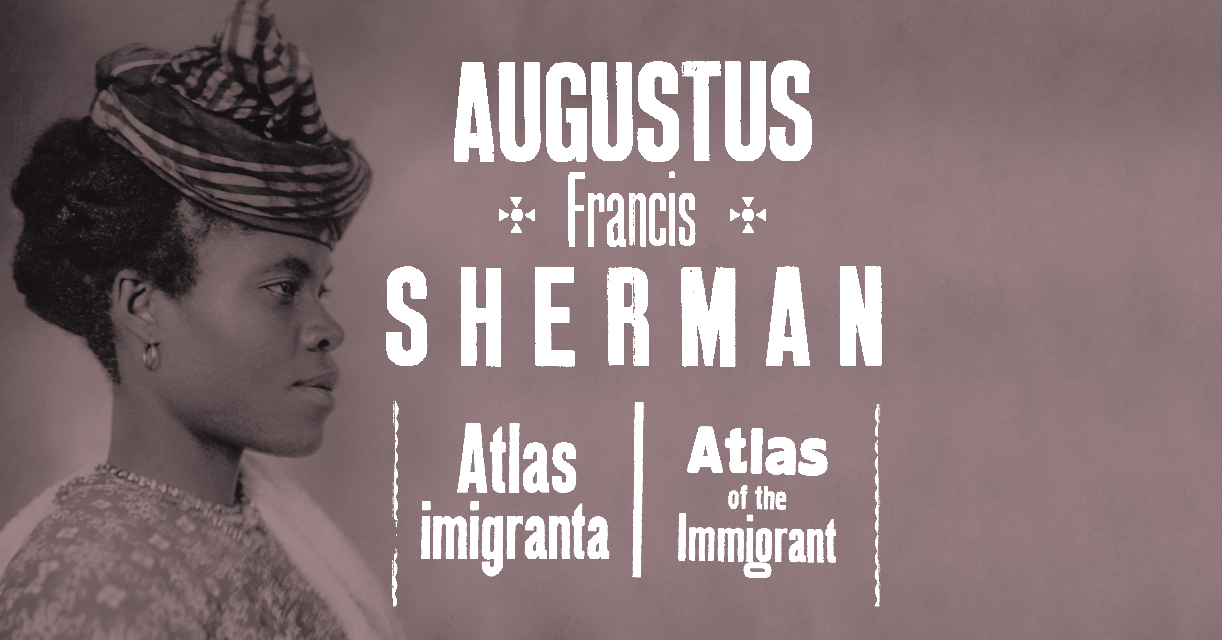 The Emigration Museum in Gdynia invites to the exhibition "Augustus F. Sherman. The Atlas of the Immigrant". It is the first in Poland such extensive exhibition of immigrant portraits, photographed at the beginning of the 20th century on the famous Ellis Island, off the coast of New York.

Augustus Francis Sherman (1865-1925) - the author of the presented photographs, he was not a professional photographer, but a civil servant, an employee of Ellis Island Immigration Station Registration Office in 1892-1925. Having contact with thousands of people arriving from other continents and representing different cultures, religions and customs, he created extraordinary documentation. As a talented amateur photographer, he left more than 200 individual and group portraits of newcomers to America from its most intense migration period. Immigrants, standing in front of the lens with their traditional costumes on, allowed Sherman to create a multicultural image of the contemporaneous world.

Sherman's works form a kind of immigrant atlas of the first decades of the 20th century. The exhibition presents over one hundred portraits of refugees and migrants from Asia, Africa and Europe - including Polish territories. Nowadays, this collection is a document of great research value among others for anthropology, ethnology, sociology and ethnography. The presentation of Sherman and the work of his life provides an opportunity to create a new perspective on migration flows in the past and today. It is also an invitation to reflect on the conditions of mass migration movements as well as the universality of the phenomenon itself. More than 12 million people went through the American Ellis Island in 1892-1954. This place since 1990 has belonged to the National Park Service and is the seat of the National Museum of Immigration, which takes care of Sherman's photographic heritage.

The curator of the exhibition is Małgorzata Taraszkiewicz-Zwolicka. Centrala group (Małgorzata Kuciewicz, Simone de Iacobis) is in charge of the exhibition in cooperation with Tomasz Bersz - the author of the graphic design. The design form refers directly to the of the early 20th century. The printouts of the information placards and intertextual posters were made by the Book Art Museum in Lodz, which especially for the exhibition purposes applied historical, metal and wooden movable printing fonts. The printing technique itself, with its imperfections and vibrancy, has become one of the important elements of the project as a reference to the aesthetics of street posters and announcements from the times that the exhibition itself is devoted to.

The exhibition of Augustus F. Sherman's photographs is presented in the corridor of the Emigration Museum Transit Warehouse in the temporary exhibitions hall. In order to extend the historical and social background of the times of the mass migration to the United States, we also present multimedia materials such as digital publications, a documentary and audio recordings presenting the history of Polish immigrants who could potentially be Sherman's models, which were made available by the Ellis Island National Museum of Immigration.

The exhibition is accompanied by a unique catalog containing a wide selection of Augustus Francis Sherman's photographs, designed by Patryk Hardziej as well as the subject-related texts of Małgorzata Taraszkiewicz-Zwolicka, Małgorzata Szejnert, Adam Walaszek and Jay Dolmage. The catalog may be purchased in the bookstore of the Emigration Museum at a price of PLN 59.

Collaboration: The Statue of Liberty National Monument, the Ellis Island National Museum of Immigration and the National Park Service

Nominated for the Golden Palm of the Cannes Film Festival, the high-budget production starred by Marion Cotillard, Joaquin Phoenix and Jeremy Renner. It is 1921. Two young Poles, sisters - Ewa and Magda set off for America in search of a better life. However, before their American dream comes true, they must go through control on Ellis Island. Suffering from tuberculosis Magda is stopped and quarantined, stranded Ewa begins conquering America on her own. Unfortunately, she soon finds out how difficult it is in Manhattan for a young Pole without connections and credentials to succeed.

Get to know the secrets of immigrants from the early 20th century. Who came to America as a fare dodger, which passenger won the first world championships in professional wrestling, and for whom a masculine outfit was a pass to a new life? These and other secrets only on the Free Art Day at the Museum.

A documentary about people searching for the American dream at the turn of the 19th and 20th centuries.

Ellis Island is located in the port of New York. Since the late 19th century it served as a place where immigrants from Europe were received. Until the center was closed in 1954, it had witnessed the arrival of approximately 12 million people. Since 1990 the island has been a location of a museum. At the turn of the 19th and 20th centuries, Lucky Luciano, William O'Dwyer, Pola Negri, George Voskovec or Sam Goldwyn crossed the Atlantic fleeing persecution in Europe. As other immigrants they landed on Ellis Island, went through examinations and were questioned by officials, which was the last test before setting their feet on the American soil. Their story is a true embodiment of the American dream.