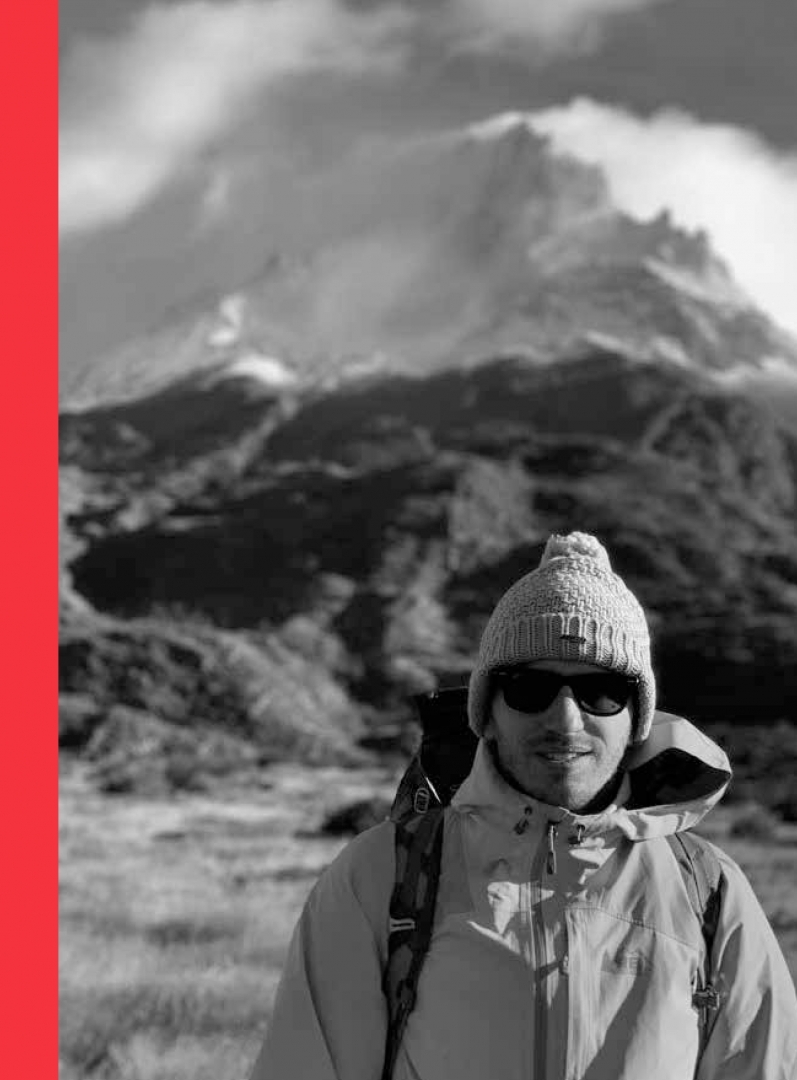 1.How would you describe your national identity?

I've been wondering about the same question for some time because this is one of the first questions you get from new acquaintances abroad. Perhaps it may sound a bit controversial, but I feel 50% Polish, 40% British and 10% American. It sounds strange, but I look at it from the point of view of my own development. Even though I lived in Poland for 19 years and in Great Britain only for 4 years, studying in Cambridge was the most formative time for me from the point of view of my personality and character. When I tell my friends stories from my high school, nobody believes me. Confronting my new reality at university, when I realised that we had nothing to worry about when it came to skills, etc., was one of the most important things that had happened to me so far. For me, each return to London was a visit to a community I consider to be my second home, even though I am not too excited about things likethe Royal Family.

When it comes to experiencing holidays and family traditions, Poland still comes first for me. I try to visit Warsaw and my home towns, Pułtusk and Zamość, each year. New York and London may be fascinating but they cannot replace the natural environment around my grandparents' home. Lately, I've even started to look for paintings with pastoral nature to hang in my new apartment. In my free time, I try to disseminate knowledge about Poland in my community, for example by organising screenings of Polish films, such as Cold War. Perhaps it's naive, but there is some sentimental change inside me when I watch films such as The Deluge or With Fire and Sword.

2.Do you think there is a phenomenon called "new Polonia"? How would the members of this community differ from earlier waves of immigrants?

Honestly, I have never heard this expression before, but I have some idea of what it may refer to. When I was a student, I realised that the nationality of the people around me is much less important to me than their attitudes and beliefs. Perhaps it may sound somewhat grandiloquent, but lately, I communicate better with friends from university who emigrated abroad than with those who stayed in Poland. I think it's about a different approach to life and awareness of perspectives offered by the wider world. Going abroad offered many of us the opportunity to develop the skill of adapting to various circumstances and consequently a stronger self-confidence when the world around us changes.

Coming back to your question, my connection to Polish immigrants is limited to the student community in England or the United States. Sinking into this international student fabric offered us more development potentialities and self-confidence abroad than earlier emigration waves have ever had. It is well illustrated in a scene from the film Cold War pointed out by my friend from Albania, in which the main character reproaches her partner in a Paris jazz bar for trying too hard to adapt to the local community and forgetting his Polish roots. I didn't pay too much attention to this scene, because I don't see myself as someone who is trying too hard to become somebody else. I am proud to be a Polish man abroad who chooses and creates his own community.

I cannot really say, because I don't associate much with people who pay attention to Polish immigrants, but rather to people from all over the world with similar attitudes to life. Working in London, San Francisco or New York, I have never experienced any stereotype about earlier Polish immigration. There are many engineers from Poland on Facebook alone, who contribute to a positive stereotype of a Polish IT specialist. The company pays attention to this and allocates resources to recruit people from Poland. I myself gave two recruitment lectures about machine learning at two Cracow universities, the Jagiellonian University and The AGH University of Science and Technology.

4.Are Poles working abroad an important part of modern sectors of the economy? What examples of spectacular success or failure can you give?

I can't say anything specific about a wider scope outside IT, because I mainly deal with the technology sector. There are many examples of people who definitely made it, such as Wojtek Zaremba, who co-founded OpenAI with Elon Musk, as well as Peter Szulczewski, who established the successful start-up Wish. Many Polish companies cooperate with Silicon Valley start-ups on an outsourced basis; they develop custom-made software for start-ups which don't have their own engineers. It's not as spectacular as developing a recognisable brand for consumers, but many firms have built a very good reputation among San Francisco managers.

5.Which forms of association among the Polish diaspora do you know?

One of the problems in New York is that there is lack of the critical mass of young professionals that London has. There is a Facebook group which tried to revive this community, but it was not active enough to keep us in long-term touch. In the two years I have been here, we've met only once. I met two or three people then, with whom I've been meeting regularly. For comparison, at the moment, I have about 10 close friends from Cambridge who live in New York.

Lately one of my friends began to organise monthly parties at his home gathering Poles living in New York to eat Polish food. We met once in a group of 20 people and we're counting on more next month.

6.Do you feel it's important to have an influence on the situation in Poland?

I would like people in Poland to have more development opportunities, like I had abroad. When it comes to having an actual influence on anything in Poland, I focus on helping individuals rather than taking part in any organised actions, because I don't really have time for this. I am very willing to help in the form of giving advice regarding studying abroad, the development of IT skills or scholarships for students from Poland. I hope that in the future I will be able to establish a scholarship fund for foreign universities such as Cambridge because I believe that it is worth helping my compatriots to develop and widen their opportunities.

7.Do you intend to keep professional ties to Poland? How do you imagine such cooperation?

As an interesting side note, my first job was a student internship in London as an IT specialist, and I have never worked back in Poland. For now, I don't really see myself engaging in any form of my professional involvement in Poland since I prefer to focus on my development abroad. But of course, if such an opportunity arose and I could be of service, I would consider engaging in some kind of cooperation. In the future, I hope to build something of my own in the technology sector or establish an office for a bigger IT corporation in Poland.

It's just been published in the The Polish Migration Review 5