Marek Zulawski: Beyond the borders of art

Marek Żuławski: Beyond the borders of art

BEYOND THE BORDERS OF ART
Emigrant artists: escapees, outcasts, voluntary residents, citizens of the world…?

A unique painter and extraordinary author of posters known to every Pole. The next instalment of the "Beyond the borders of art" series will focus on Marek Żuławski – one of the most distinguished Polish artists of the 20th century working away from his homeland. His creative output will be presented by Sławomir Majoch, Collection Curator at the Museum of Nicolaus Copernicus University in Toruń.

This is the second time the Emigration Museum in Gdynia ventures "Beyond the borders of art" and extends an invitation to get acquainted with the silhouettes of distinguished, celebrated (but also less recognized) emigrant artists. The cycle of eight lectures will familiarize participants with artistic fortunes of creators that voluntarily chose – or were forced to choose – a life away from Poland and will retrace their influence over the realm of art in Poland and in the world.

Similarly to the last edition of the vastly popular lectures series, the list of protagonists features artists of various times, styles, and medias. We have invited distinguished specialists from all over Poland to host the lectures, people with deep knowledge about their protagonists – art historians, exhibition curators, and authors of monograph publications. Each story will, therefore, gain an additional, personal dimension and will become a unique journey following the footsteps of the creators. The lectures are addressed to a wide audience – they are open and non-academic in format and popularizational in character. The second edition of the cycle was inaugurated on October 22, 2014 by Hubert Bilewicz's lecture on Tamara Łempicka.

Marek Żuławski was born in 1908 in Rome; he grew up surrounded by the artistic bohemia of Zakopane and – later – Toruń (his home was frequently visited by Witkacy, Tymon Niesiołowski, Stanisław Przybyszewski, and Bronisław Malinowski, among others). He graduated from the Warsaw Academy of Fine Arts obtaining a degree in painting (1933) and in decorative painting a year later.In 1935 he traveled with a scholarship to Paris and, later, to London, where he remained to his death in 1985.

Besides easel and large-format painting, he was also prolific in graphic design (he's the author of the famous poser "Poland: First to fight") and in sculpture. He was also an active writer and art critic; worked with the BBC Radio Polish section. Together with Tadeusz P. Potworowski, in 1944 he published "Polish Arts in Great Britain" – the first publication of this kind in English. Works written on his own account include: "Dawn, Noon and Night" (1958), "From Hoghart to Bacon" (1973), "Romanticism, Classicism, and back again" (1976), and "Study of Self-portrait" (vol. 1: 1980, vol. 2: 1990, vol. 3: 2009). He is one of the most important Polish artists of the 20th century creating outside of our borders.

In his artistic and literary output he was honest to the bone. The central point of interest in his fine art is a man conflicted with the surrounding reality, often portrayed as an individual placed in the context of a larger community and entangled in the everyday monotony of life. He painted indifferent still life, intense pictures themed around religion (Ecce Homo series, presented in London Tate Gallery), sensual female nudes and mythological motifs that served him as an excuse to give way to his concerns and yearnings (Orestes, Gilgamesh). He had 26 individual exhibitions (National Museum, 1946 and Zachęta Gallery, 1956, among others) and was part of more than 150 collective ones.

His texts mercilessly criticized the shallowness of contemporary art and denied validity to emigrant myth saying that the most emigration can do is preserve what onehas carried away from homeland. He considered himself a cosmopolitan.

During the meeting, we will learn a few things about his relationships with Witkacy, Niesiołowski,, and Przybyszewski, among others, whether it is true that he taught Tadeusz Trepkowski the art of posters, what he was doing in Gdynia before the war and why he didn't chose to head the PWSSP in Sopot (National University of Fine Arts) after the war, why he called Cyrankiewicz, why he painted "Ucieczka od Potworowski" (ang. "Escape from Potworowski"), and what are his ties to Andrzej Żuławski.

Sławomir Majoch – art historian and a museum professional, collection curator at the University Museum in Toruń, and a university lecturer; author of more than twenty exhibitions, including monographs of various emigrant artists – Izabella Godlewska de Aranda (National Museum in Cracow, Museo de Cadiz) and Marek Żuławski (District Museum in Bydgoszcz, Lietuvos Dailes Muziejaus in Klaipeda, Lithuania), among others. Author of publications about ancient art, as well as Polish emigrant artists (entries at Encyclopedia of Polish Emigrant and Polonia, works about Marek Żuławski, Izabella Godlewska de Aranda, Aleksander Werner, Leon Piesowocki, Polish artists in Paris, and others), editor of four books (for instance, Szymon Bojko Of Polish Origin. Polish and Polish American artists in United States 1900-1980.), and co-editor of Catalogues of the Collection from the University Museum in Toruń.

"BEYOND THE BORDERS OF ART"SERIES PROGRAM

Here's what Hubert Bilewicz Ph.D. – the author of the concept and program of "Beyond the Borders of Art"– has to say about the series:

"Were emigrant artists those who had to migrate or those who wanted to? Perhaps they were those who could leave? The Emigration Museum in Gdynia launches the second edition of the lecture series devoted to Polish emigrant artists. The ambivalence of their statuses, conditions, and motivations is somewhat troublesome, yet it may propose a unique value to the narrative about the complicated and looped fates of Polish artists or artists in general. Some of them were destined to leave, others volunteered. Significantly, the question of Polish presence in contemporary art entails questions about the reach and the importance of Polish artists' participation in the international circuit of art, as well as questions about the character and the reach of the reception of Polish art. This is particularly valid for emigrant artists, whose lives and works were stretched between Poland and the world; artists curious of the world, yet – at the same time – torn with yearnings; those who assimilated with their new environments or were alienated from them; artists who remained abroad and those who repeatedly returned to their homeland; citizens of the world… The cosmopolitan or irrational formula of artistic life is closely connected to geopolitical or national implications, local experiences, and – lastly – individual fates. Although contemporary art is no longer limited by borders, the artistic life of the 20th century was defined by multiple borders indeed: national ones, environmental, generational, ideological, stylistical… Migrations also tended to give artistic life momentum as mobility and freedom are both part of creative formula."

Hubert Bilewicz – art historian, academic teacher, educator. Works at the Institute of Art History of the University of Gdańsk. Academically, primarily focused on researching the history of the so-called Sopot School, as well as the artistic environment of Gdynia after 1945. He is particularly interested in various implications of art – both artistic and non-artistic ones. 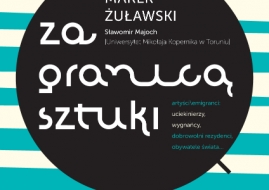 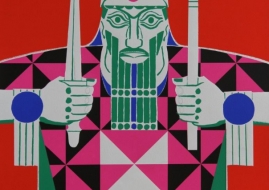 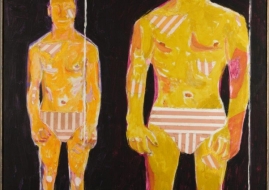 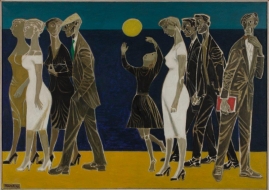 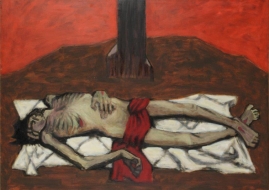 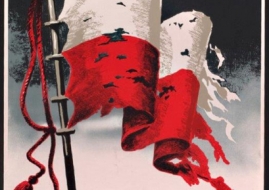 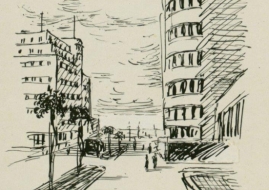 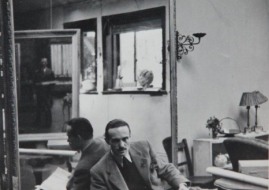