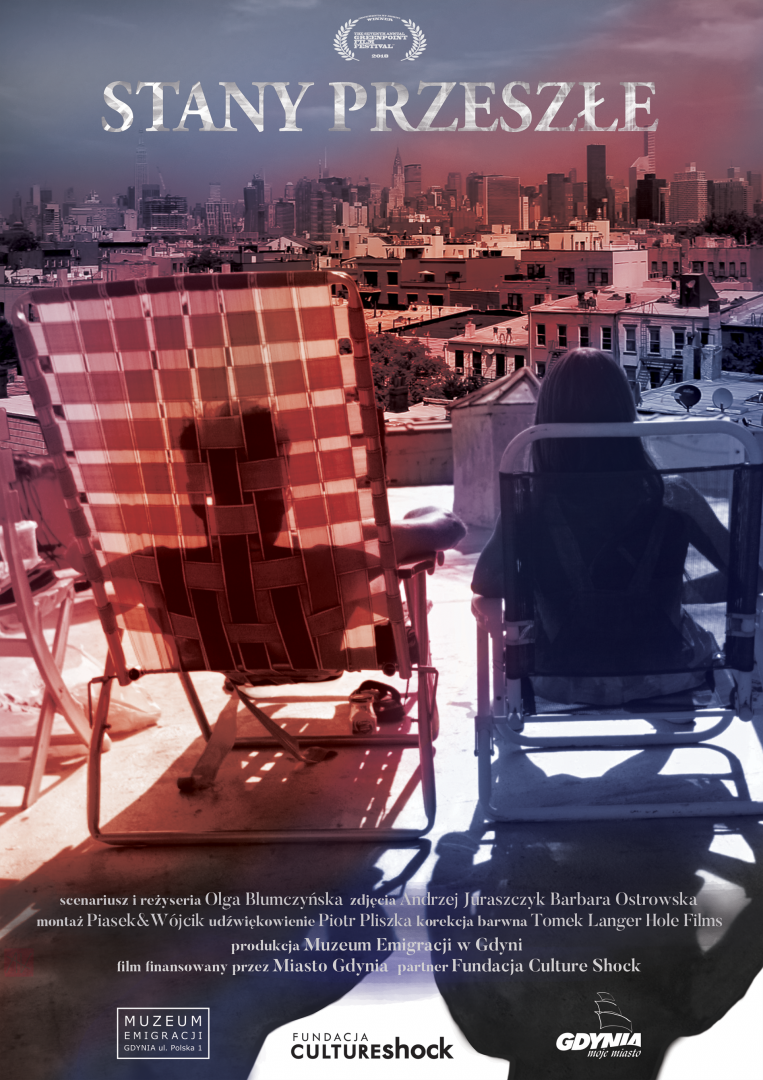 A young Polish immigrant decides to move to Greenpoint after living many years in Manhattan with her now-divorced husband. She is seeking relations with other Poles of different generations. She listens to their stories of emigration, at the same time dealing with her past, hoping that it will help her overcome the feeling of loneliness and alienation in New York.

The idea for the documentary "Past States" was born in the research team of the Emigrant's Archive in the Emigration Museum in Gdynia. For two years we cooperated with a group of researchers from New York who regularly interviewed Polish emigrants living in the Greenpoint district. It turned out that the stories of emigrants/witnesses of history were shocking. The difference between stereotypical image of an "american dream"and reality turned out to be a huge challenge for them, many people experienced trauma after their arrival and sometimes it took many years of effort to build a new life in New York. We were also interested in the aspect of separation from relatives/families who stayed in Poland or were unable to accept difficult living conditions and returned to their homeland. We wanted to tell a story about building our new world/home in exile and also about constant attachment to our homeland.

The film was created in cooperation with the Culture Shock foundation, whose researchers collected biographical interviews with Polish inhabitants of Greenpoint. The film crew got acquainted with them and then looked for characters, representatives of different generations whose biographies would show different reasons for emigration, and then strategies for coping with the challenges. The main topic of the film is a social project led by the main character - Martynka, whose aim was to get closer to Polish people and engage them in the construction of a monument - a ceramic sphere that was to be burnt out of the soil from the place of birth of emigrants. It turned out that a young Polish girl leads us to Henryk - her neighbour, who loves his life in the United States, but at the same time his memory of roots is so strong that he spends several weeks in Poland at least once a year. Then Martynka led us to Helena, an activist who, like Martyna, was involved in the social life of Greenpoint.

During shooting, we were focus on how emigrants build their new reality in the USA, and also what role their origins play.

Olga Blumczyńska is a filmmaker (DOKpro Wajda School in Warsaw), cultural anthropologist, an oral history specialist, living in Poland. She created Emigrant's Archive in Emigration Museum in Gdynia, in which she gathered short documentaries (testimonials) and oral history recordings. She directed and produced several shorts on migration and social problems in developing countries. She also worked as a journalist in Polish Radio.