The Emigration Museum in Gdynia has received an extraordinary present from Professor Zbigniew Brzeziński – the private correspondence he maintained with Pope John Paul II from 1979 to 1983. The museum has already displayed a handwritten letter dated June 7, 1980. The full correspondence will form part of the permanent exhibition which is to open on May 16.

Most of all, however, I would like to express my delight due to President Carter's approaching visit as it will offer the best opportunity to meet you and personally address the issues you had mentioned in your letter. Let us prepare our schedules in a way that gives us time for everything – this is a fragment of one of John Paul II's letters to Professor Zbigniew Brzeziński.

It was sent right before President Jimmy Carter's anticipated visit to Vatican on June 21, 1980. Similarly to the rest of the correspondence, it gives us a peek at close and cordial relations between John Paul II and Professor Zbigniew Brzeziński. Among the many subjects addressed in those letters are the Vatican's relations with China, as well as the Pope's quest to strengthen them. There is a reference to the – problematic for Washington - question of American hostages in Iran that Professor Brzeziński had addressed, as well as to his outlooks to American-Iran bilateral relations in a new political reality. These letters are a unique testimony of the commitment of two great personalities to international politics.

The correspondence was conducted in Polish, although there are English translations of parts of it, which were to facilitate the distribution of Pope John Paul II's words among the authorities of the Unites States.A large portion of the correspondence is in the form of handwritten letters of both the Pope and Professor Zbigniew Brzeziński. They contain their thoughts on and analyses of the international situation at that time, as well as their shared preoccupation about Poland's fate, especially in the context of the Soviet intervention in Afghanistan and martial law in Poland. Among the questions addressed are the hottest political subject of that time – such as El Salvador and the dramatic circumstances surrounding economic reform introduced there.

The donation of such a precious gift to the newly opened institution is an expression of Professor Zbigniew Brzeziński's appreciation of the idea of connecting Poles from all over the world, an idea that is the backbone of the Emigration Museum in Gdynia. The correspondence is a proof of how much Poland meant to these two distinguished Poles, living outside their homeland and playing an important role in world politics at the time – the Polish Pope and the Assistant to the President of the United States for National Security Affairs.

This place, now the host of the Emigration Museum in Gdynia, is well known to Professor Zbigniew Brzeziński. It was the Marine Station of his departure for Canada, onboard the ocean liner "Batory", in 1938. This event is commemorated by a plaque displayed right next to the museum. 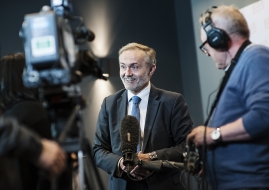 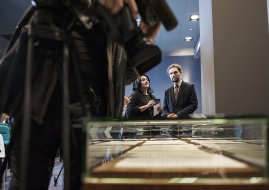 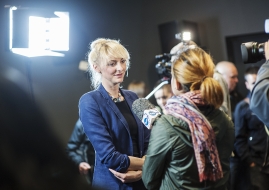 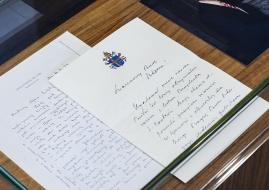 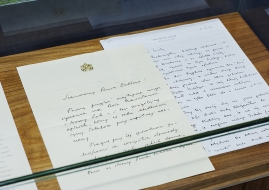 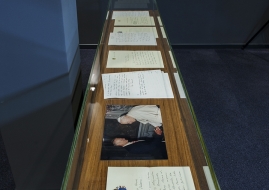 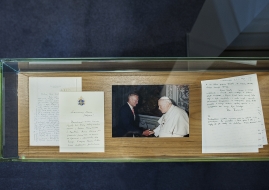 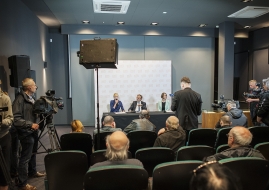 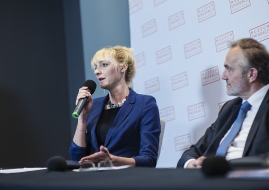 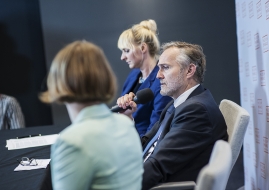