The legendary „Batory" returns to Gdynia

On Saturday, January 17th, the elements that make up a large-scale model of this famous ocean liner MS Batory were transported to the seat of the Emigration Museum in Gdynia. Here – in the permanent exhibition space – its assembly shall soon commence, followed by additional modelling work. Due to its four-ton construction in 1:10 scale, as well as the meticulously reconstructed details based on documents acquired over many years, this is a unique undertaking in the world of museums. Over 20 people have been working on the model in the same way as they would build a real ship – the complete hull would even float on water.

The model of the MS Batory will be part of the permanent exhibition of the Museum. Visitors to the institution will not only have an opportunity to see what the unit looked like, but also to take a peek inside and learn about the traveling conditions. The reconstruction is aimed not only at presenting the side of the ship the passengers knew, but also the one known only to its crew.

The project is carried out by the Polish company MIT Management which has been selected by means of a public tender. Shipbuilding and model-making specialists work on a faithful representation of the ship.Its hull has already been assembled. The works on Batory's superstructures and furnishings are now underway.

The road to the creation of the model of this legendary ship was a long one, passing through many places in Poland, Europe, and the rest of the world.Among others, numerous queries at Italian and American archives were necessary in order to reach the detailed technical documentation. Admirers of the history of the Polish fleet provided invaluable help as well. Owing to the commitment of many people, copies of the original plans from the Monfalcone shipyard in Italy – where Batory was launched in 1935 - have been located and acquired. As a result of its search, the Museum is now in possession of a large collection of various objects, memorabilia, and documents concerning the technical aspects of the ship.

The reconstruction of the selected parts of the ship's interior pose a huge challenge, facilitated by Mr. Janusz Ćwikliński – son of captain Jan Ćwikliński, the unit's commander in years 1946-1953 – who deposited a rich collection at the Emigration Museum in Gdynia.Unfortunately, no color photographs of pre-war halls and cabins of Batory survived. Scrupulous analyses provided by specialists of maritime subjects proved to be invaluable in the process of the reconstruction of the exquisite interiors of the ship, designed by the greatest artists of their time and aptly heralded as art showrooms on water. Materials selected for the reconstruction are exactly the same or extremely similar to those used decades ago and this is true for both the textures and the colors used by decorators at the time. Many details may come as a surprise to visitors.

Visitors to the Emigration Museum in Gdynia will be able to marvel at the model from several different perspectives. Due to its sheer size, a special mezzanine has been constructed in order to allow spectators to see the deck from above. Films and photographs taken during the decades of Batory's service will approximate the feel of the journey itself. The ship has become an inseparable part of the history of Gdynia, therefore it will have an important part to play within the exhibition. It is thought to serve as a bridge to the history of the emigration from the Polish lands during the interwar period and the difficult postwar years. To many, it has remained a symbol of Poland's connection to North America and Polonia there. The only Polish pre-war ocean liner, which continued to sail from Gdynia after World War 2 and had a huge impact on many generations of Polish emigrants, will soon help tell their story once more. The exhibition featuring the reconstruction of Batory will be available to visitors together with the grand opening of the institution at the turn of May and June of 2015. The total cost of the model is 1 765 050 PLN. 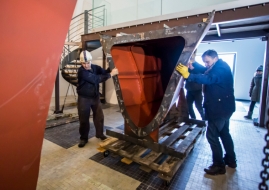 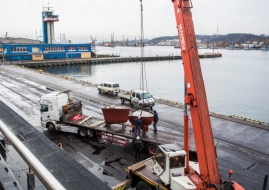 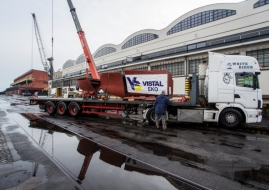 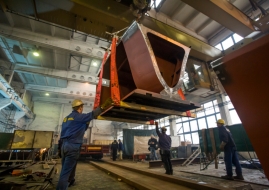 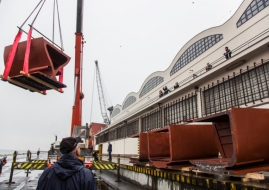 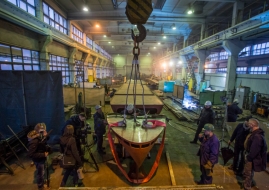 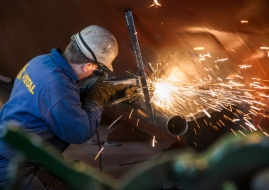 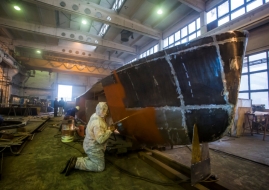 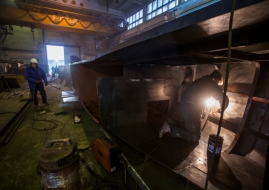 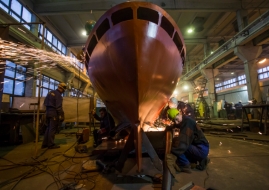 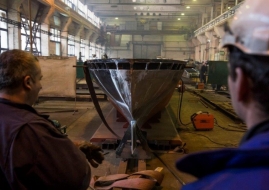 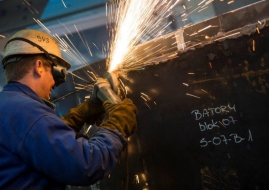 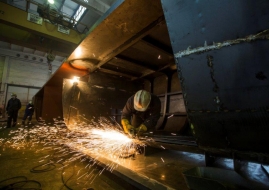 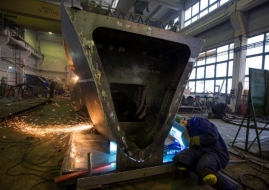 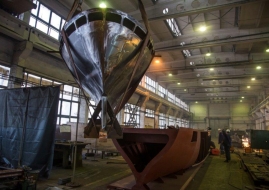 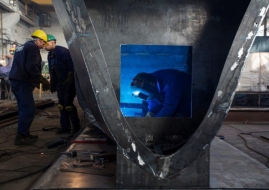