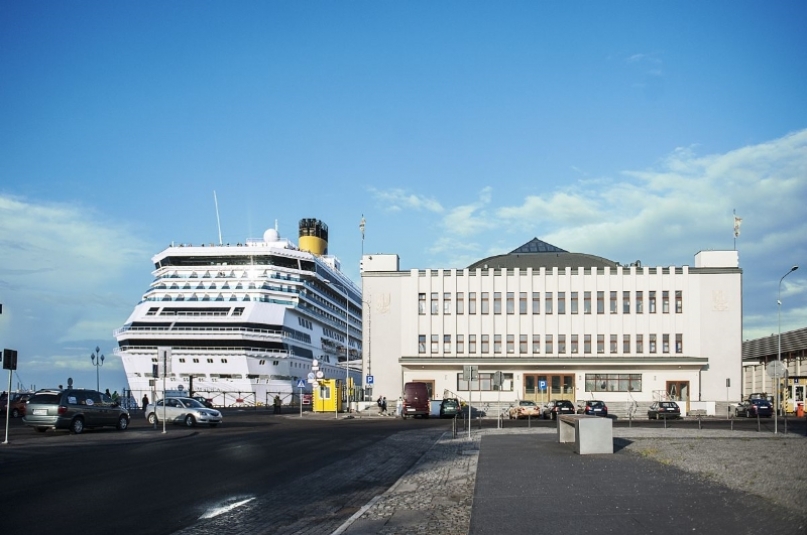 On May 16, 2015 the historical edifice on the Marine Station in Gdynia – which witnessed the departures of thousands of Poles into the world – will become the scene of the grand opening of one of the most modern museums in Poland. Its mission is to present the history of the millions of our compatriots who have been living abroad. Polska Street 1, Gdynia will become the home of the only Emigration Museum in the country.

The museum is being established in a place that is both significant in and symbolic of the phenomenon of Polish emigration. It was the Marine Station that – beginning with the 1930s – saw thousands of Poles leave our country aboard legendary ocean liners, such as M.S. "Batory". Today, the meticulously restored building has been adapted to its role of a modern museum. The new solutions implemented here feature many references to history and make great use of the portside location – such as the glass gangway, which makes a direct reference to the one used by the passengers boarding ships heading to the US. All this will be of great help in providing insight to the living history and in getting familiar with emigration which continues today to be a very relevant phenomenon for millions of our compatriots.

Currently, there are about 20 million Poles and people of Polish descent living beyond the borders of our country – that's more than half of Poland's present-day population. Besides the biggest cluster of Polonia – in the United States, which amounts to around 10 million people of Polish descent – our compatriots can be found in every country in the world. The Polish diaspora in Brazil is estimated to be around 3 million people, with 2 million in Germany, and about 1 million in each of both France and Canada. These communities appeared over the last two centuries.

The only exhibition of its kind

The Emigration Museum in Gdynia will familiarize people with the history of emigration from Polish lands beginning with the 19th century. The exposition will present various reasons for departure in multiple periods of time: from the political causes of the "Great Emigration" to the economic forces of the industrial revolution, as well as the mass emigration at the turn of 20th century. Visitors will have an opportunity to get to know the Polish communities in USA and Brazil at the beginning of 20th century, the labor emigration from the 2nd Republic of Poland, the dramatic fates of Poles during and right after World War 2, as well as the newest wave of emigration post-2004.

The exhibition will allow visitors to feel and understand what it entailed to leave one's homeland during various periods in time. It will show the reality of maritime travel for passengers of in the 3rd class, beginning with embarkation in Bremen, through the voyage itself – both above and below deck – all the way to the immigration procedure on the famous Ellis Island – an experience shared by millions of people from all over the world. In every new place, visitors will meet protagonists of popular fantasy, such as the characters played by Charlie Chaplin or the familiar Kazimierz Pawlak – whose emigrational biographies tend to be overlooked.

The exhibition will make use of technologies that cannot be found in any other museum institution in Poland – such as a 360° 3D cinema offering a completely new quality of picture and sound where we will present portraits of distinguished personas, such as Sławomir Idziak and Allan Starski, among others. Emigrational experiences of those famous people unveil aspects never seen until now.

A highlight of a different kind will be offered in the form of a several-meter-long installation in the shape of a globe, which will help visitors to visualize the scale of modern-day emigration and the significance of Polonia and Poles living abroad. Interactive stands will feature information about the Polish presence in various countries – Polish communities, the most important organizations, media, as well as our famous compatriots from all over the world.

"The Construction of Batory" is yet another impatiently awaited element of the exposition, which features the construction of a large scale model of this legendary Polish ocean liner. Its assembly presents a significant challenge, if only due to theincomplete documentation concerning, for example, unit's interior coloring. Visitors, however, will already have an opportunity to have a peek at the behind-the-scenes of the construction of the model, learn many details about the ship itself, as well as about the carefully prepared replica at the museum. Our audience will have a chance to keep track of the progress of the works too. It's worth the wait – it will be the biggest replica of a passenger ship in the world.

More than a museum

Our museum's scope of activity goes well beyond the framework of a traditional museum institution. Among other things, there will be place for a small art cinema showcasing valuable documentary and feature films, for meetings with important authors, as well as for artistic and educational projects. The museum will also continue documentary activities as it is particularly important to recount the story of Polish emigration together with the people, for whom it is part of their personal experience. Such is the case with respect to our project of collecting emigrational memorabilia entitled "Objects with History" or "Emigrant's Archive" – the vault containing emigrants' personal accounts of their departures. Our volunteer program – "Culturally [Co-]operative" – also plays an important role at the museum as people of the most varied interests have an opportunity to accomplish their goals within various fields of activity.

The opening of the institution will take place on Saturday, May 16, 2015, although a rich choice of accompanying events has been prepared for Sunday, May 17, as well. The institution will be available to all visitors free of charge until the end of the month.

Honorary patronage over the grand opening is provided by Mr. Bronisław Komorowski, President of the Republic of Poland.