The Day of the Polish Diaspora and Poles Abroad 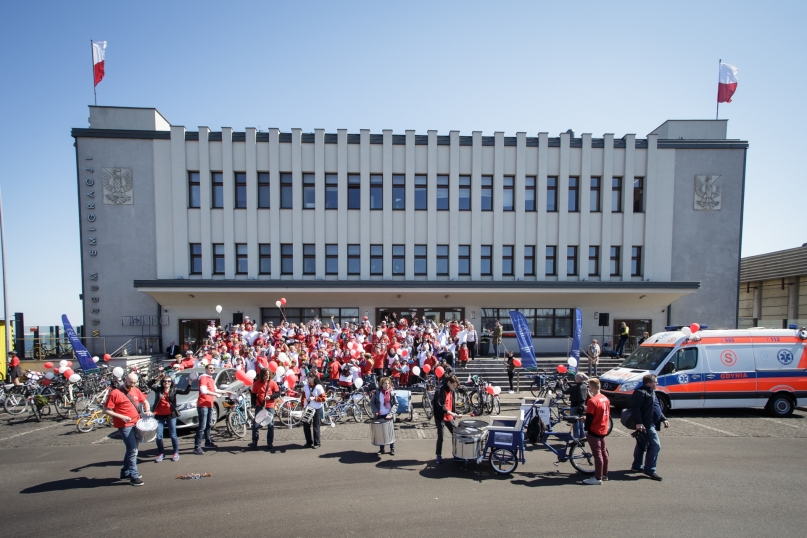 The Day of the Polish Diaspora and Poles Abroad

On the initiative of the Senate of the Republic of Poland, May 2 has been celebrated since 2002 as the Day of the Polish Diaspora and Poles Abroad. As part of the celebrations, the Emigration Museum in Gdynia will present the profiles and achievements of those Polish artists, scientists and inventors who contributed to the development of international art, science and technology, while in exile, but whose activity is not always associated with Poland. The events planned as part of the celebrations will be addressed to all age groups and will acquaint people with the figures of outstanding émigrés in an unusual and interactive way. Admission to all events is free.

The event presented the achievements of outstanding Polish scientists and engineers. Arich programme for the entire family was devoted to Nobel prize winner Marie Curie, pioneer cinematographer Kazimierz Prószyński, precursor of modern electronics Jan Czochralski, geneticist Piotr Słonimski, inventor of the tape recorder Stefan Kudelski and the famous astronomer Aleksander Wolszczan. Workshops on robot construction, building instruments, recording and mixing sound, designing and making badges with science and technology motifs all met with enormous interest. Molecular cuisine demonstrations also drew in great crowds. In the space surrounding the Science Park many families took part in a location-based game. There were lectures and screenings of documentaries devoted to the heroes of the event. The eventful Friday was rounded up by a concert of the band Małe Instrumenty who play on self-constructed instruments.

The events were dedicated to the Polish emigrants who in the 1920s and the 1930s gained recognition and embarked on an international career in film, visual arts, design, fashion and music. The unquestionable star of the silent cinema - Pola Negri, "the king of tenors" - Jan Kiepura, the excellent visual artist and designer - Sara Lipska as well as the great hair stylist - Antoni Cierplikowski were the subject of lectures and presentations, artistic and educational workshops a well as film shows and location-based events. The main attraction of the programme was the open-air screening of the silent film Mania: The Story of a Cigarette Girl, rediscovered after many years and brought back to its former splendour by the Polish National Film Archive. The show was illuminated by music composed by Maestro Jerzy Maksymiuk and performed by the Wrocław Chamber Orchestra Leopoldinum under the direction of the composer. An additional attraction was open access to one of the most beautiful old buildings in the centre of Gdynia – the Polish National Bank, which is normally closed to visitors.

The first even in the series of celebrations was devoted to the role served by the Marine Station in Gdynia over the years. The attractions included a collective painting of a large model of a transatlantic ship and artistic workshops on making wallets from old maps. Food enthusiasts could take part in a lecture which revealed the culinary backstage of Polish transatlantic ships, not only in theory but in practice. The location-based game was linked to Gdynia's emigration past. The whole event ended with a screening of a silent film presented on board the Dar Pomorza accompanied by music improvised by the band Wojtek Mazolewski Quintet.